In the final of two interviews with Mediacorp Channel 8, MORROW’s founding chairman Dr Liu shared more on the style characteristics and history of Brutalist architecture in Singapore.

Brutalist architecture gained popularity in Singapore’s early days, as the country sought to form its international identity. As such, buildings from that time also served as important indications of Singapore’s early developmental stages and an association with the memories of fellow Singaporeans. With architecture styles evolving through the years, the buildings of a city tell the stories of its history.

Popular between the 1950s and 1970s, Brutalist buildings were typically made up of bare, reinforced concrete slabs, without any embellishments or further modifications to the exterior surface. As such, they easily portray the power and functionality of the building, which was what Singapore needed to signify new times.

To protect their concrete surface from the weather elements of tropical Singapore and reduce the dust accumulation due to its coarse surface, it was later decided that they further required a coat of paint. 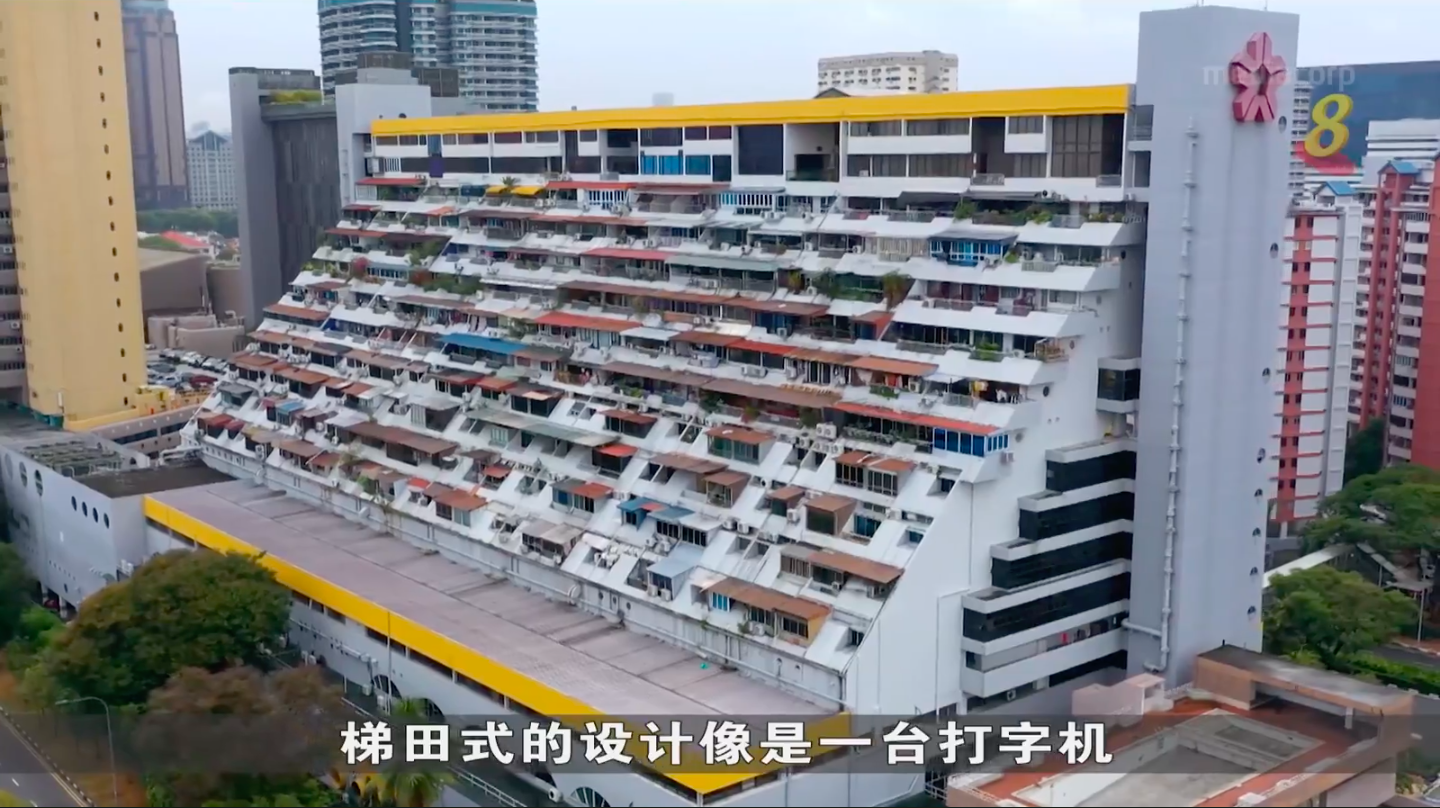 Here in Singapore, one of the iconic buildings of this era—with almost 50 years of history—is the Golden Mile Complex located at Beach Road. Recently listed in October 2021 as one of Singapore’s protected buildings, its unique exterior resembles that of a typewriter from afar, with the stacked blocks cascaded like steps. Architects in Singapore decided on the Brutalist architecture style to represent what the Singaporean definition of city life was at that time.

The Golden Mile Complex building can be seen as a small district, or even a “city” on its own, with the commercial shops and restaurants on the ground floor, offices on the middle floors, and the living quarters on the higher floors.

Commenting on Golden Mile Complex, Dr Liu pointed out that the building had its own character and enjoyed a harmonious coexistence with its surroundings despite its angular design. After withstanding the passage of time, Dr Liu believes that the value in retaining these buildings remains to be seen, depending on their level of integration with their surroundings.

“Architects who wish to design iconic buildings can definitely do so, but they have to first ensure it synchronises with the surrounding environment before they can include elements that can be enjoyed by many, into the building’s finer details”, said Dr Liu. Due to its proximity to the beach and hence its exclusive beach view, he believes that the Singapore government made the right decision in choosing to protect Golden Mile Complex. 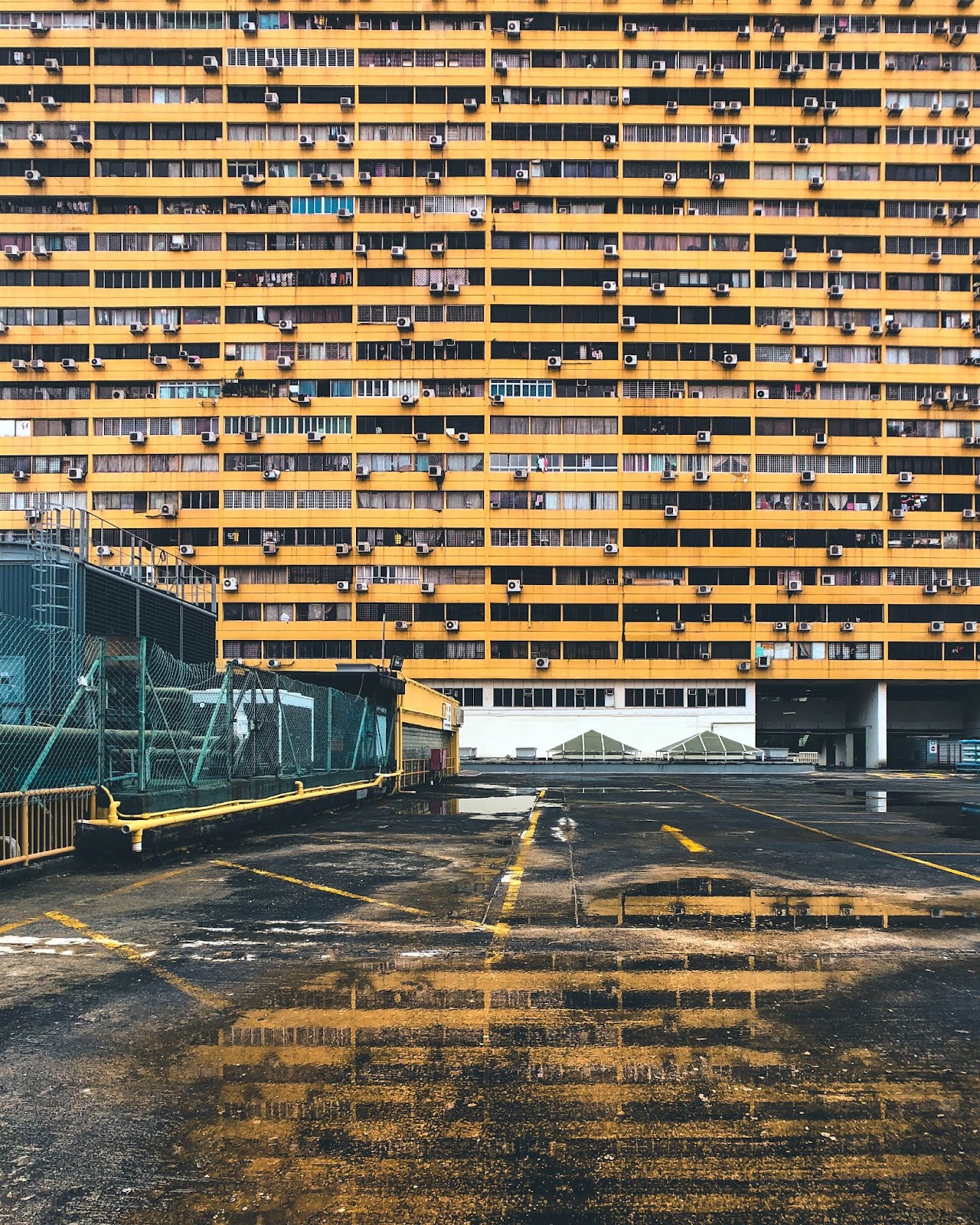 Other Brutalist Buildings in Singapore

Built in the 1970s, People’s Park Complex also reflects the blending of architecture not just with the times, but also the society then – with the merger of both commercial and living spaces in one building. Similarly, the Jurong Town Hall building that was built around the same time, played an important role in the development of Singapore. 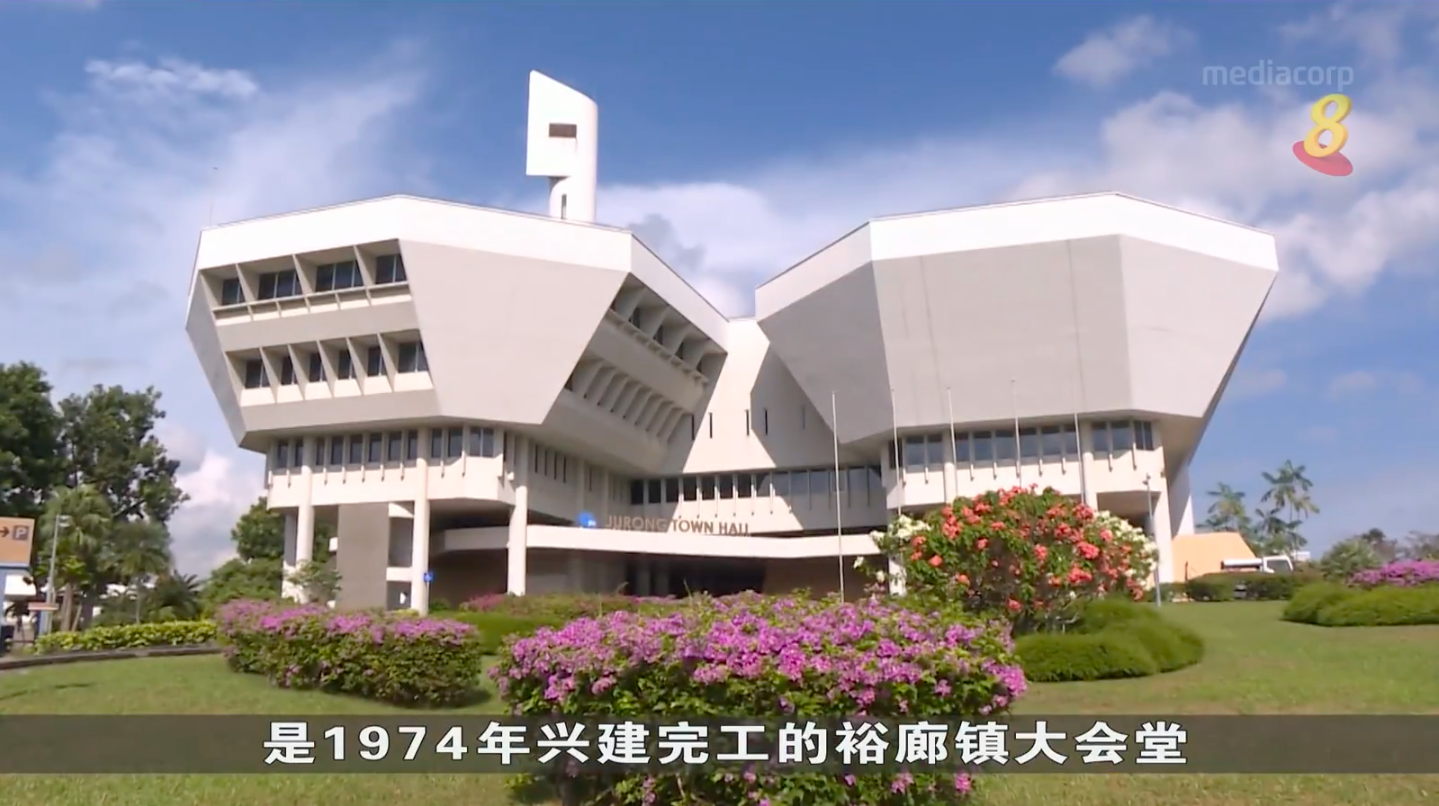 Both buildings are made up of two main building masses. In the case of Jurong Town Hall, it has a mass of five-storeys and an outward sloping surface, while the ground floor has an inward sloping exterior. Situated on a small hill, the sloping surfaces of the building give it a more welcoming appearance as a landmark in Jurong when passers-by look up the slope. Furthermore, it also showcased Singapore’s industrial advancement to developers and investors, and the developed nation that Singapore has become since its independence. 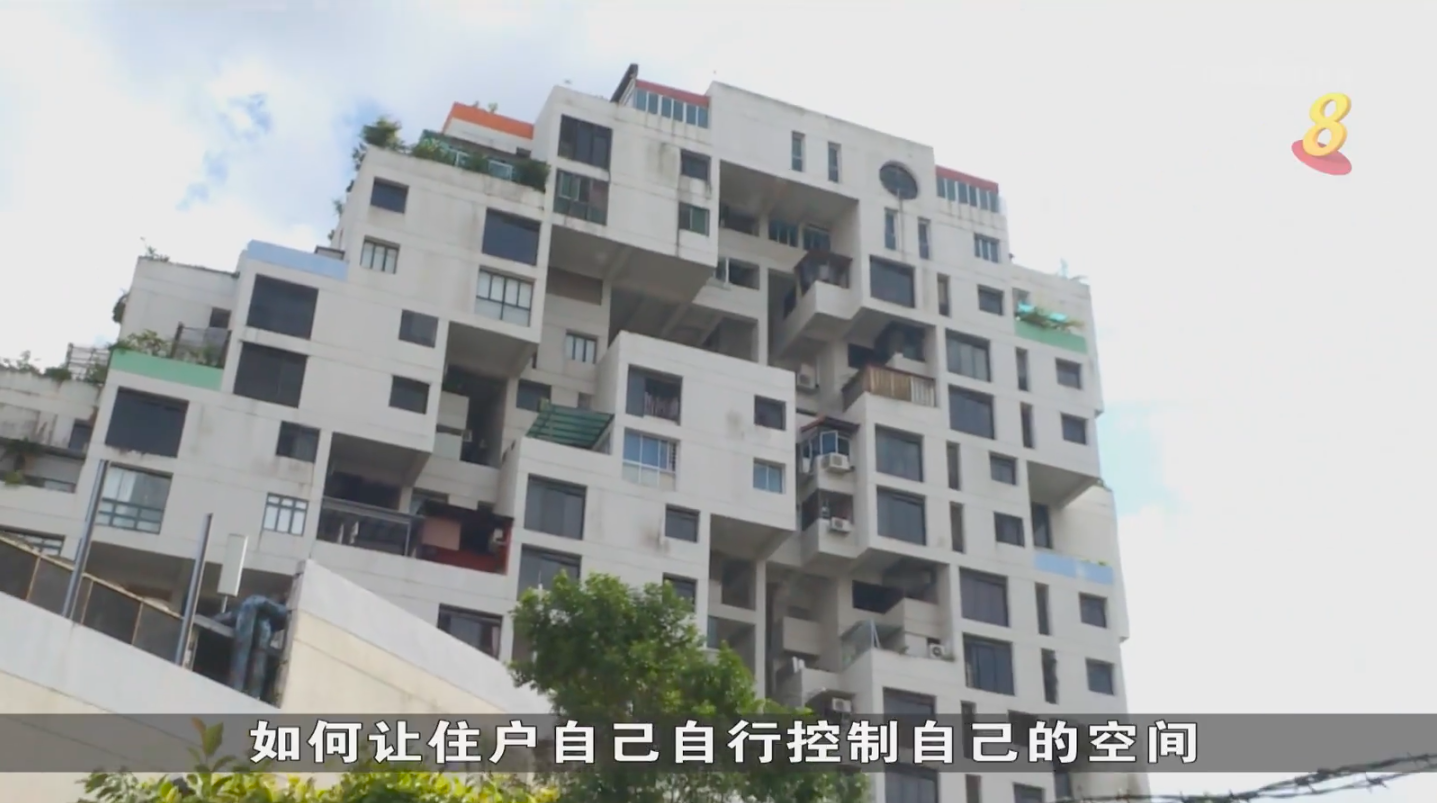 Located along Balestier Road, Balestier Point is a slight departure from the style of the other buildings highlighted earlier, comprising multiple blocks that are layered and stacked.  Slightly less unrestrained and more refined in its design elements as compared to other Brutalist buildings in Singapore, it has a distinct geometric space that combines both real (actual living quarters within the apartments) and false spaces (balconies, gardens).

The different architectural styles and buildings are representative of their respective eras, but all signify our eternal pursuit of beauty. Dr Liu pointed out that buildings from Singapore’s early days of independence still retain something special about them even today. However, some buildings in more modern days have been too deliberate in their attempts to mimic the designs of those in architecture magazines, and he hopes this can be avoided to prevent Singapore from looking like just another Western country. 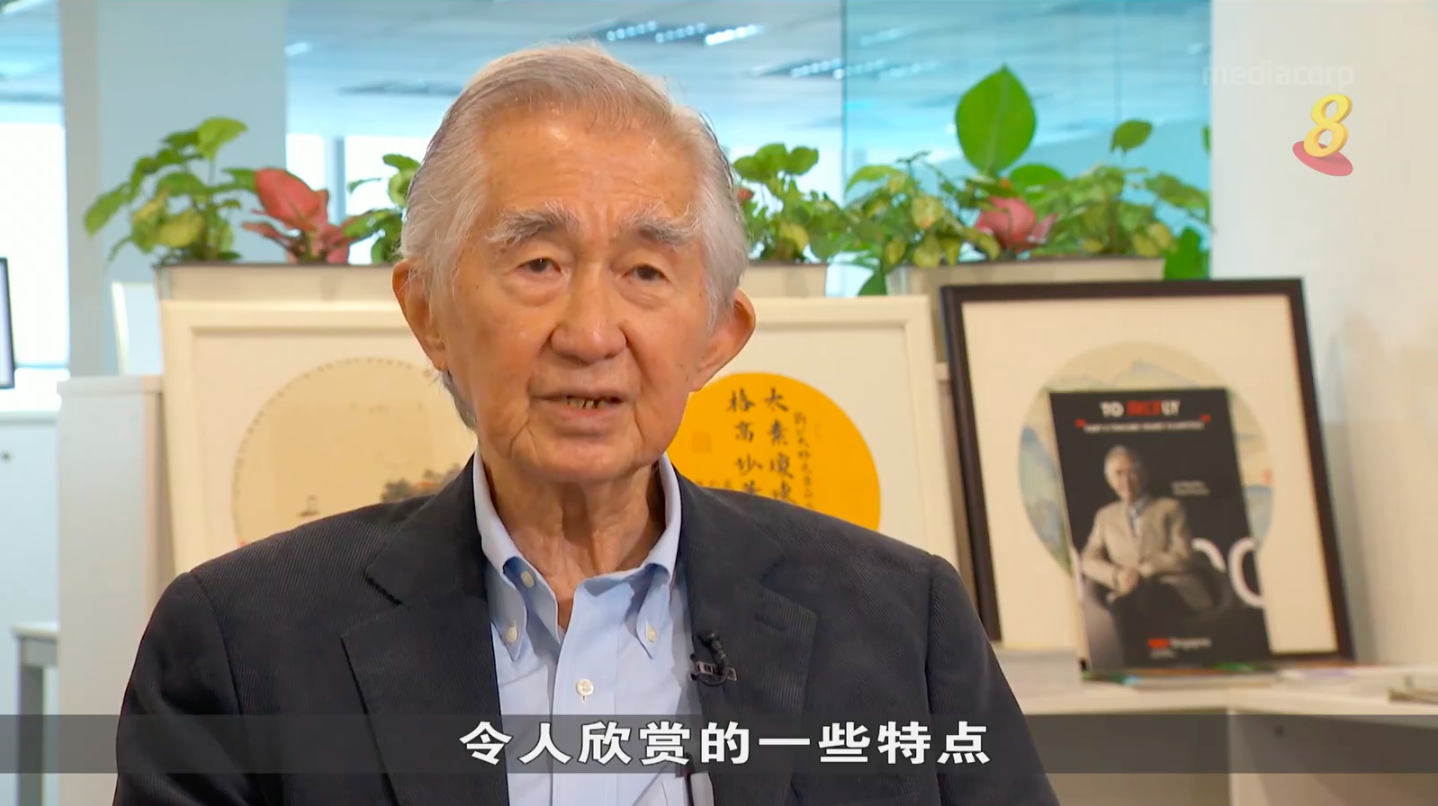 As a closing comment, Dr Liu said, “Architectural design and urban planning is not only a matter of a city’s image and economic development, but if done well and appreciated, it can enhance a country’s cultural identity and national dignity.”

A Chinese version of this article is also available here.